What Is Project Connected Home Over IP for Smart Homes

Project Connected Home over IP is a new industry group announced by Apple, Google, Amazon, and the ZigBee Alliance. The group will create a new unifying standard for smart home devices, and that’s a big deal. Here’s why.

The World Today: Half a Dozen Incompatible Standards

If you’re out shopping for smart home products right now, you have a seemingly endless sea of choices to pick through. Even if you’ve already settled on just buying smart bulbs, you still have to make more decisions and ask more questions.

Should you get a Wi-Fi, Z-Wave, or ZigBee bulb? What about Bluetooth bulbs? Is a hub required to control them? Do you want voice control? If so, would you prefer Alexa, Google Assistant, or Siri? And what about Thread, OpenWeave, and other competing standards? Are you missing out if you don’t invest in those?

Each standard has varying benefits and downsides. Wi-Fi smart devices are fast communicating, low latency devices that yield quick response times. But they’re also power-hungry and so inappropriate for small coin-cell battery-powered devices like sensors. Thread, on the other hand, is efficient and low-powered, but slower than Wi-Fi. That’s perfect for small sensors, but maybe not the best choice for a smart display.

Unfortunately, those standards won’t work together either—even when they seem similar. ZigBee and Wi-Fi devices both communicate over the 2.4 GHz spectrum, but they can’t work with each other directly.

Most smart gadgets support just one wireless standard, say ZigBee or Wi-Fi, but not both. Others go for a kitchen sink route; for instance, a smart bulb might support Bluetooth and Zigbee and Google Assitant and Alexa. The kitchen sink route might seem beneficial to you, but it also comes with drawbacks.

Manufacturers need to spend extra time and effort to incorporate additional standards. Sometimes that even means adding extra hardware as well. All of that leads to an increased cost for development, which the companies pass on to you.

Each new standard also comes with its vulnerabilities and defects. It’s theoretically easy to patch one set of weaknesses, but the difficulty goes up with each additional incorporated standard. That may leave you with unpatched problems if a manufacturer decides it’s too difficult or expensive to update your smart gadget. At the end of the day, when you approach creating a network (or anything) a dozen different ways, you end up with dozens of cracks threatening to bring crumbling down.

The Dream of CHIP: One Standard to Rule Them All

The Project Connected Home over IP (we’ll call it CHIP) working group wants to solve this problem by relying on an existing and tested standard: Internet Protocol (IP). CHIP’s goal isn’t to replace Wi-Fi or ZigBee or Thread, but bring the best of those protocols together under one shared umbrella.

When Will CHIP Arrive in Consumer Products?

ou might be wondering when you will start seeing the standard incorporated into devices. Well, don’t hold your breath. All we have now is an announcement of an intention. The standard doesn’t exist, and an exact plan still needs to be hammered out. It doesn’t even have an official name.

According to the website, “The Working Group has a goal to release a draft specification and a preliminary reference open-source implementation in late 2020.” That means developers will start playing with it near the end of 2020 and in early 2021. Actual products that support the CHIP connectivity standard will arrive later.

CHIP’s goals are lofty, and smaller groups have tried to accomplish its goal without much traction. But, if the smart home titans can work together long enough to see the process through, this could be the standard that finally makes smart homes accessible to everybody.

Howdy, My name is Patrick Elliott From UK a passionate blogger, Writer, Entrepreneur. I love to write and talk about Technology. 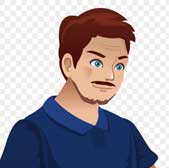 Howdy, My name is Patrick Elliott From UK a passionate blogger, Writer, Entrepreneur. I love to write and talk about Technology.

Where Is the Best Place for a Smart Speaker in a Room?
How to Create and Use Memoji and Animoji on an iPhone
What Is Project Connected Home Over IP for Smart Homes
Do I Need a Graphics Card in My PC?
Best Photo Scanner 2020
Best Sewing Machine For Beginners 2019 – Reviews and Buyer’s Guide
Best Commercial Pressure Washer 2019 – Buyer’s Guide